Matthew Nicolai is a member of the Confederated Salish and Kootenai Tribes and grew up on the Flathead Reservation. He graduated from Two Eagle River High School in 2003 and later went on to graduate from Salish Kootenai College in 2011 with his Bachelor of Science Degree in Fisheries and Wildlife.
Throughout college Matthew participated in numerous internships. These internships covered a wide array of emphases and included looking into the potential of renewable energy for the tribes, comparing mercury concentrations in local osprey/red-tailed hawk populations, baseline studies on species composition and relative abundance for bat species on the Flathead Reservation, as well as contributing to a long term study of monitoring wells and other small projects on a small restored reach on the Jocko River near Arlee, Montana, among many other accomplishments throughout school.
Currently, Matthew is employed as a hydrographer with the CS&KT Water Management Program and is looking forward to a promising career with the Tribes. He spends much of his time outdoors conducting stream and canal discharge measurements, and also enjoys developing new skills and proficiencies. This past winter Matthew successfully completed a snow survey certification course through NRCS West Wide Snow Survey Training School held in Bend, Oregon. 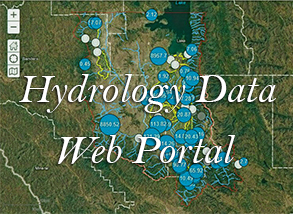